The Plan Went Up In Smoke

A mountain for her birthday. That's all the Lady ever wants for her birthday, and she'd mentioned Glass Mountain several times in the last month. I try not to be too much of a dummy and I took that as a hint.

Glass Mountain sits on the northern rim of the Long Valley Caldera. It is named Glass Mountain because of its massive outcrops of obsidian - volcanic glass. A bit over 11,000 feet, it is a short but steep climb.

Our region has suffered under a massive mantle of smoke for weeks and weeks. So long, it is feeling like the new norm. As we approached our campsite in the nearby Granite Mountains, Glass Mountain's summit was capped in smoke. The east wind was eroding the smoke underneath and rising it upward. Would it continue through the night? We hoped so, but we'd be patient as we took in the day's ending. 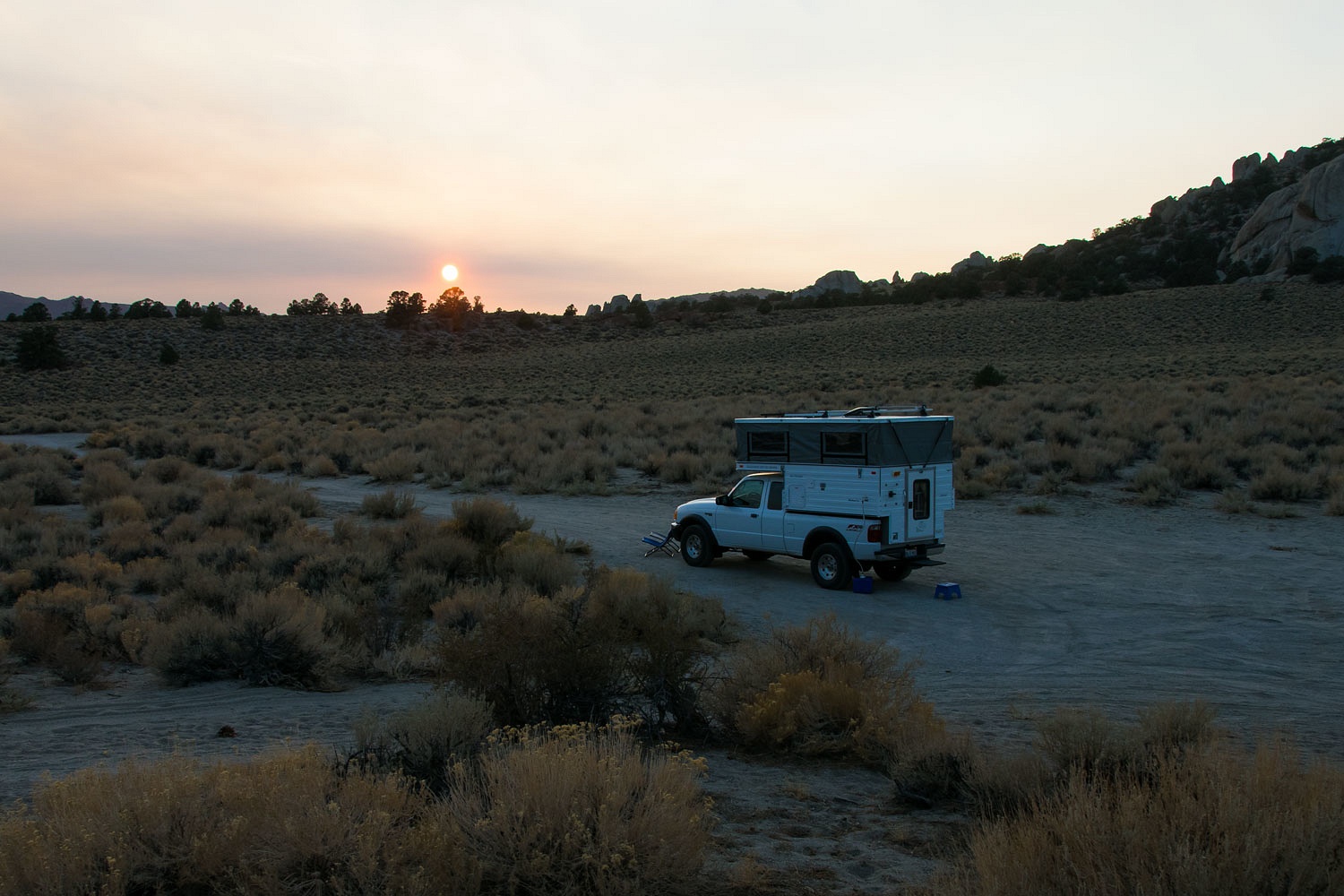 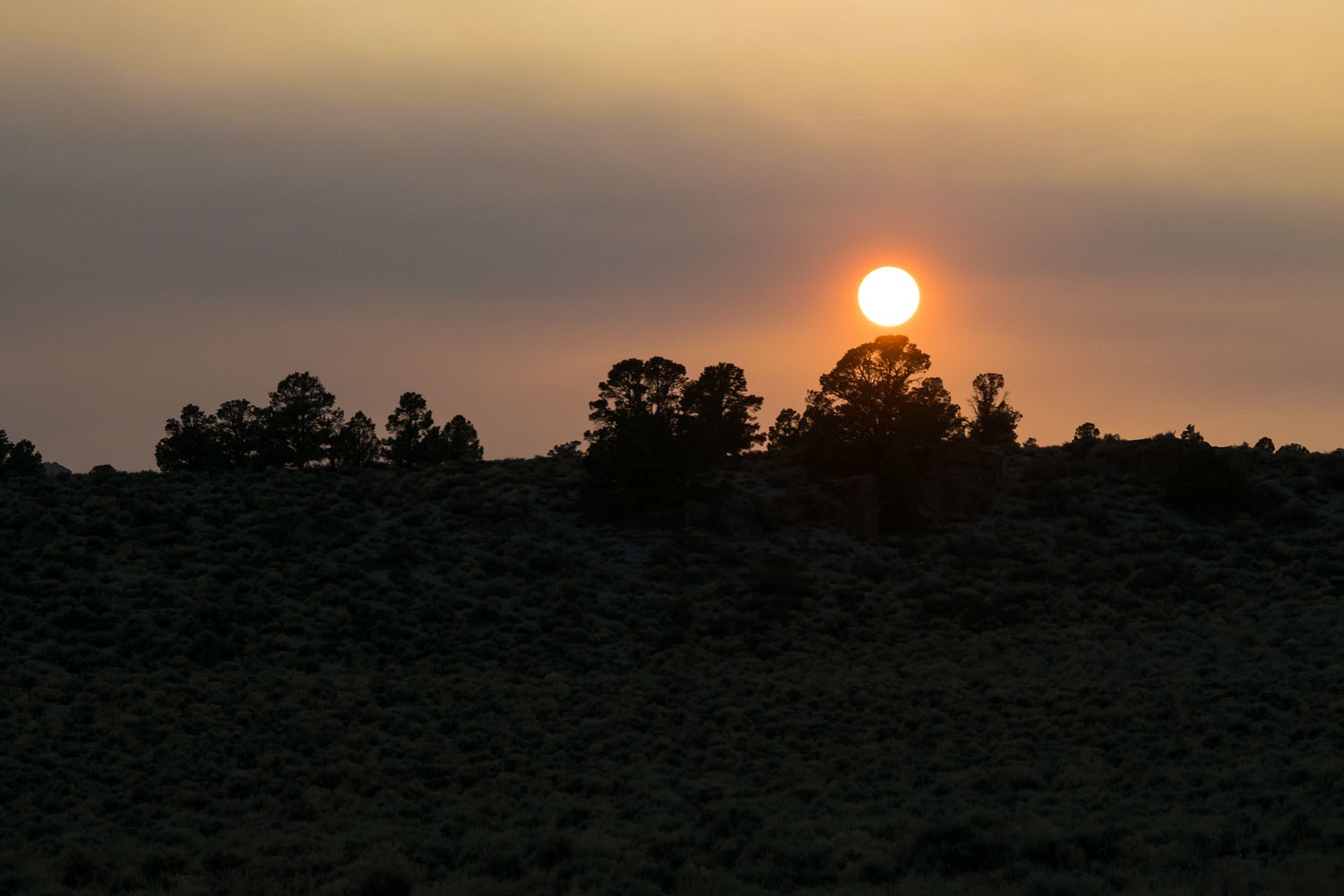 The wind died after sunset. The night was still. Smoke and cold settled into the folds of the landscape. Glass Mountain was completely obscured by smoke the next morning. The plan for a happy birthday trip to the summit went up in smoke. 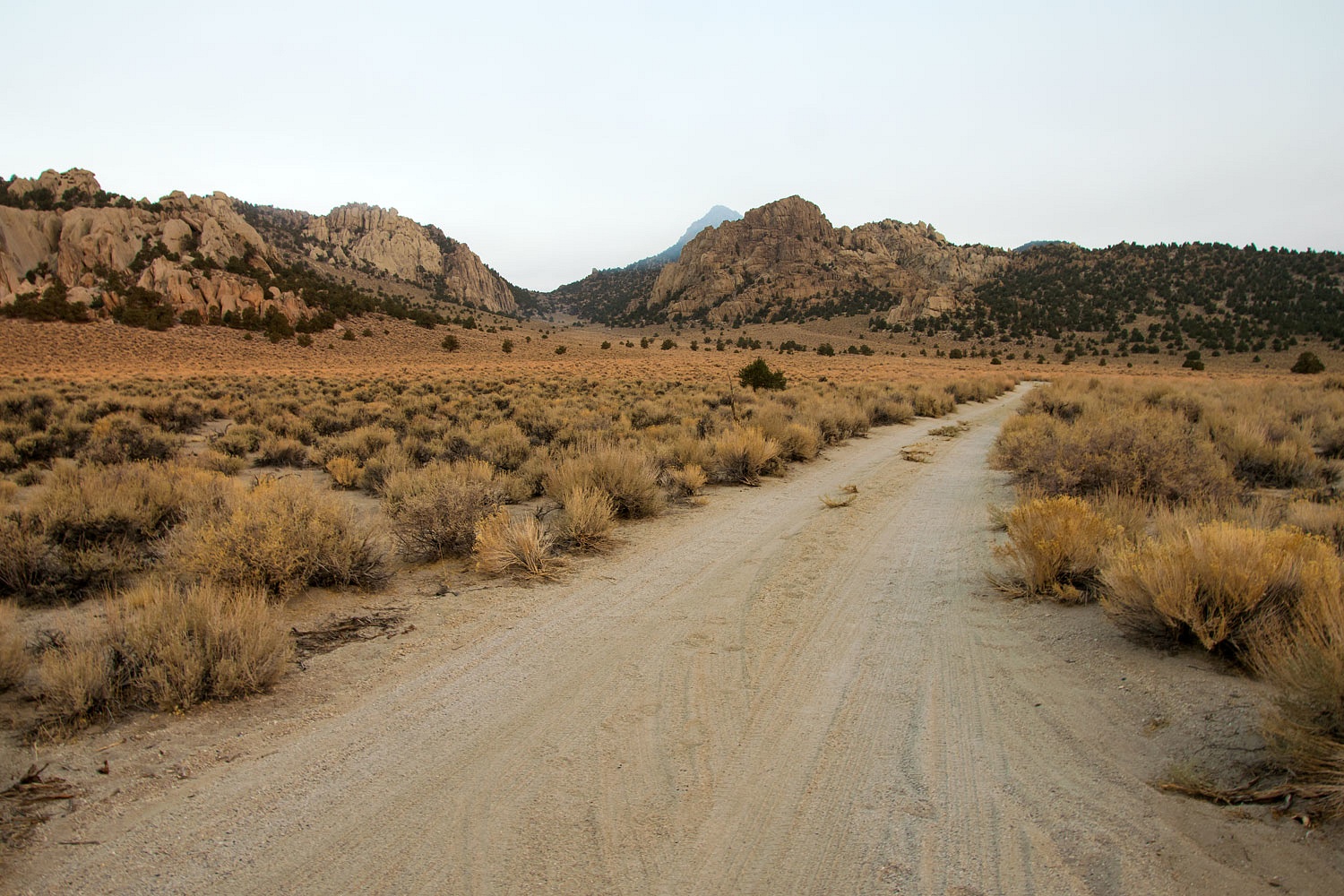 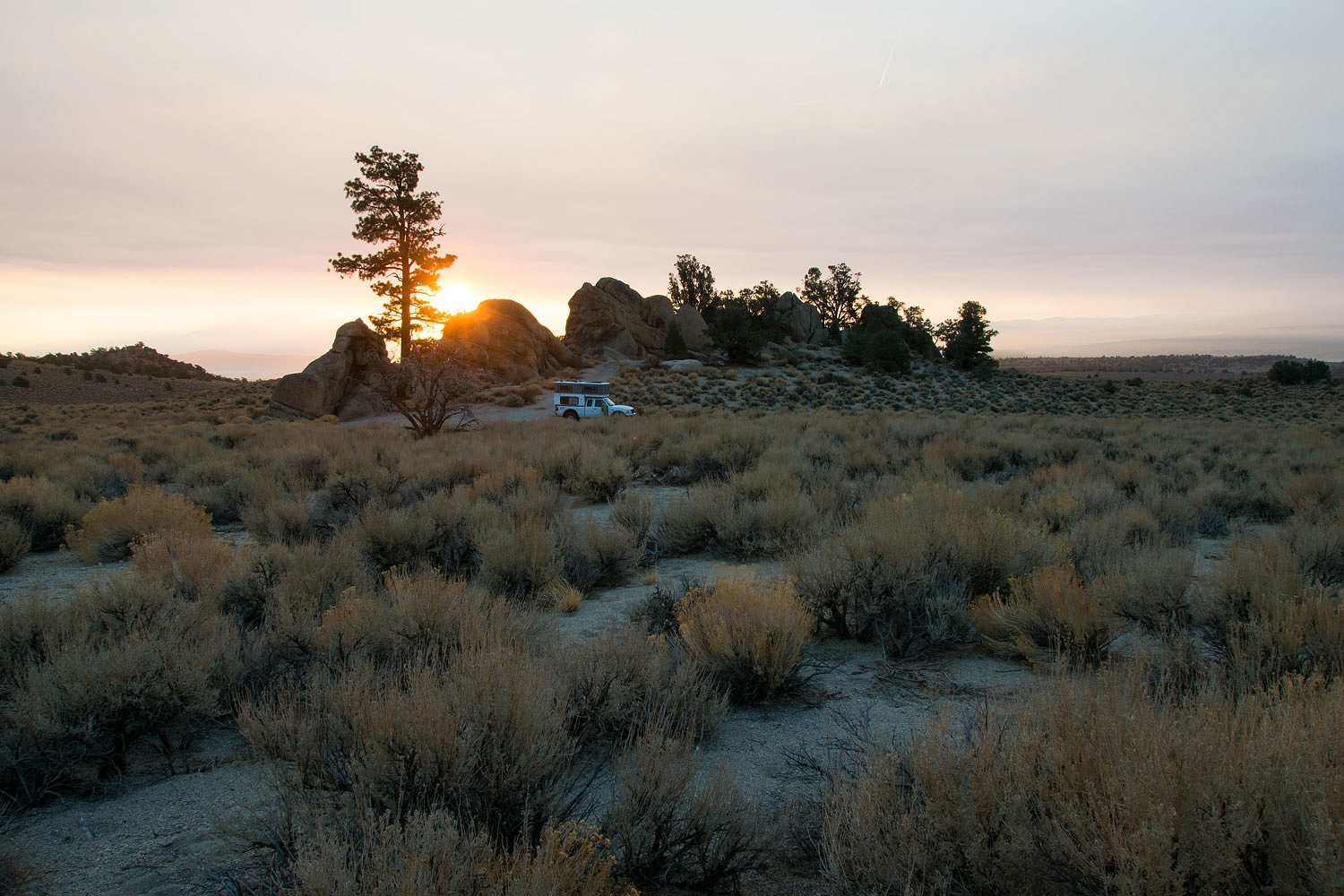 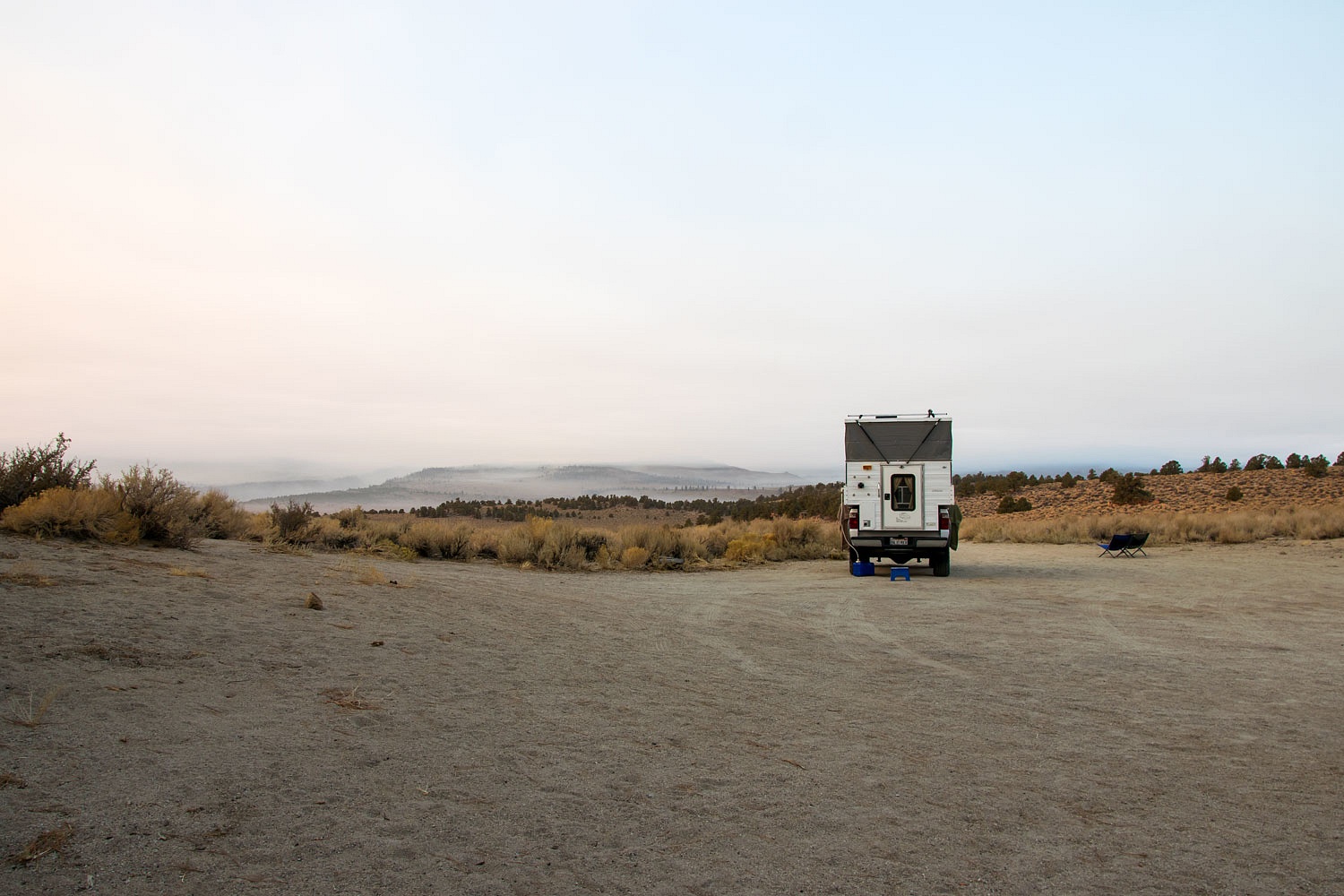 I should mention coyotes erupted in song at dawn. "They're singing Happy Birthday to me!" the Lady said with a smile as she wiggled up close against me in our cozy bunk.

We walked with our mugs of coffee down the spine of granite below camp. It was the Lady's birthday. Of course, I promised to still need her and still feed her now that she's 64. 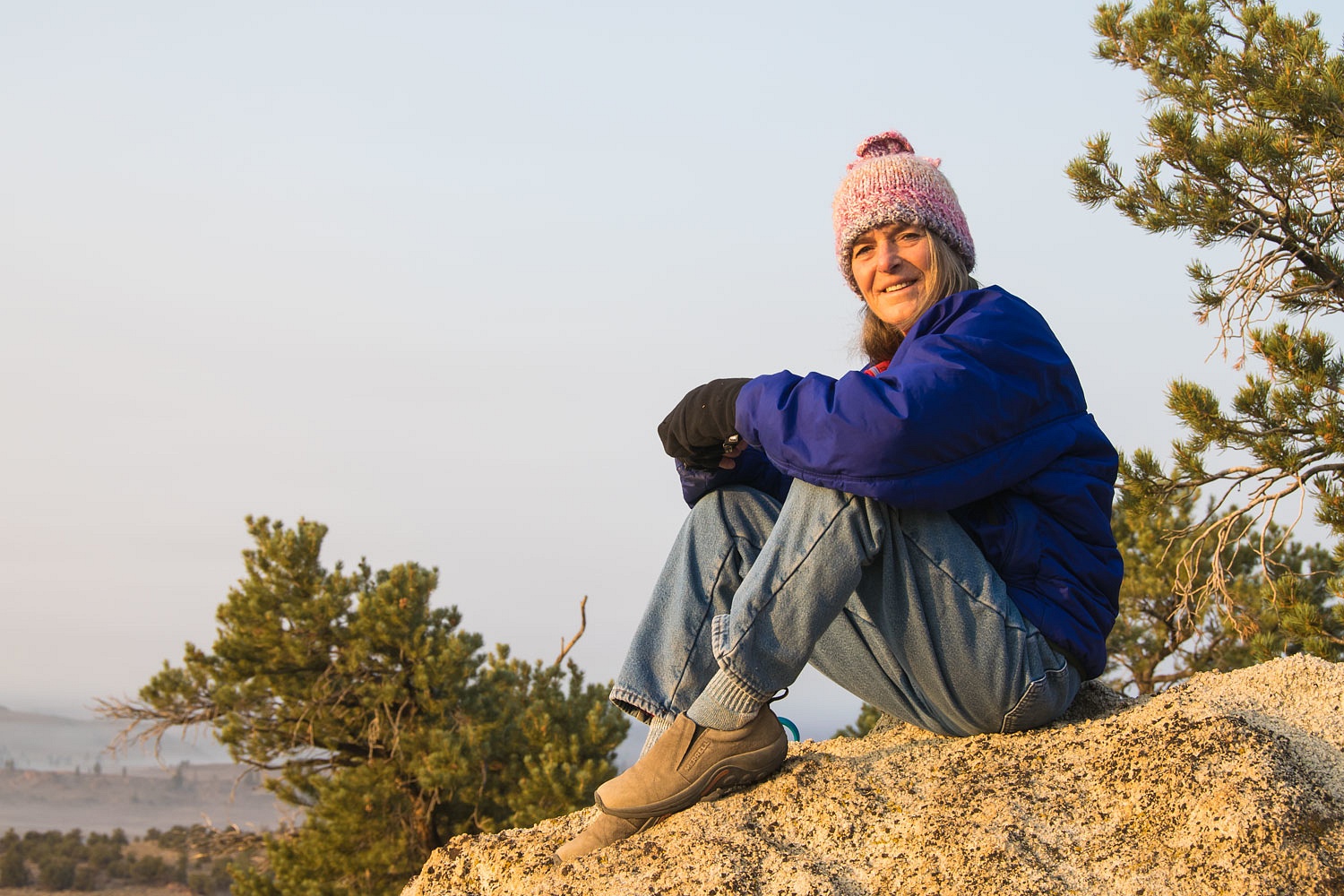 What to do? We headed east to the Nevada side of the White Mountains. We hoped to find less smoke. Instead we found feral horses. 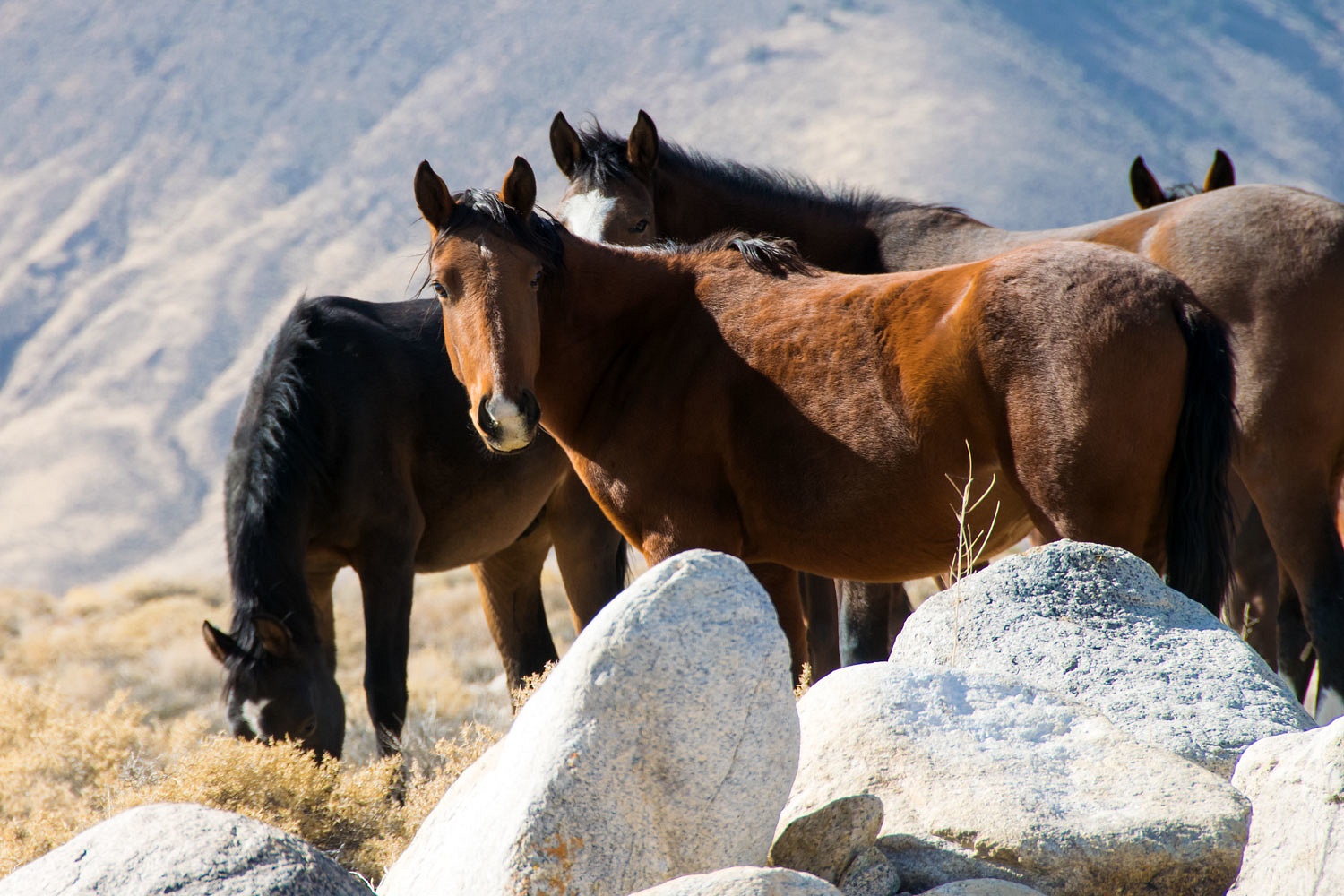 The southern end of both the Whites and Fish Lake Valley were smothered in smoke. The northern end, where we were, was a bit better. We've been searching for an archeological site in this area without success so we put in a few additional hours learning where it is not - we consider that valuable information, optimists that we are. 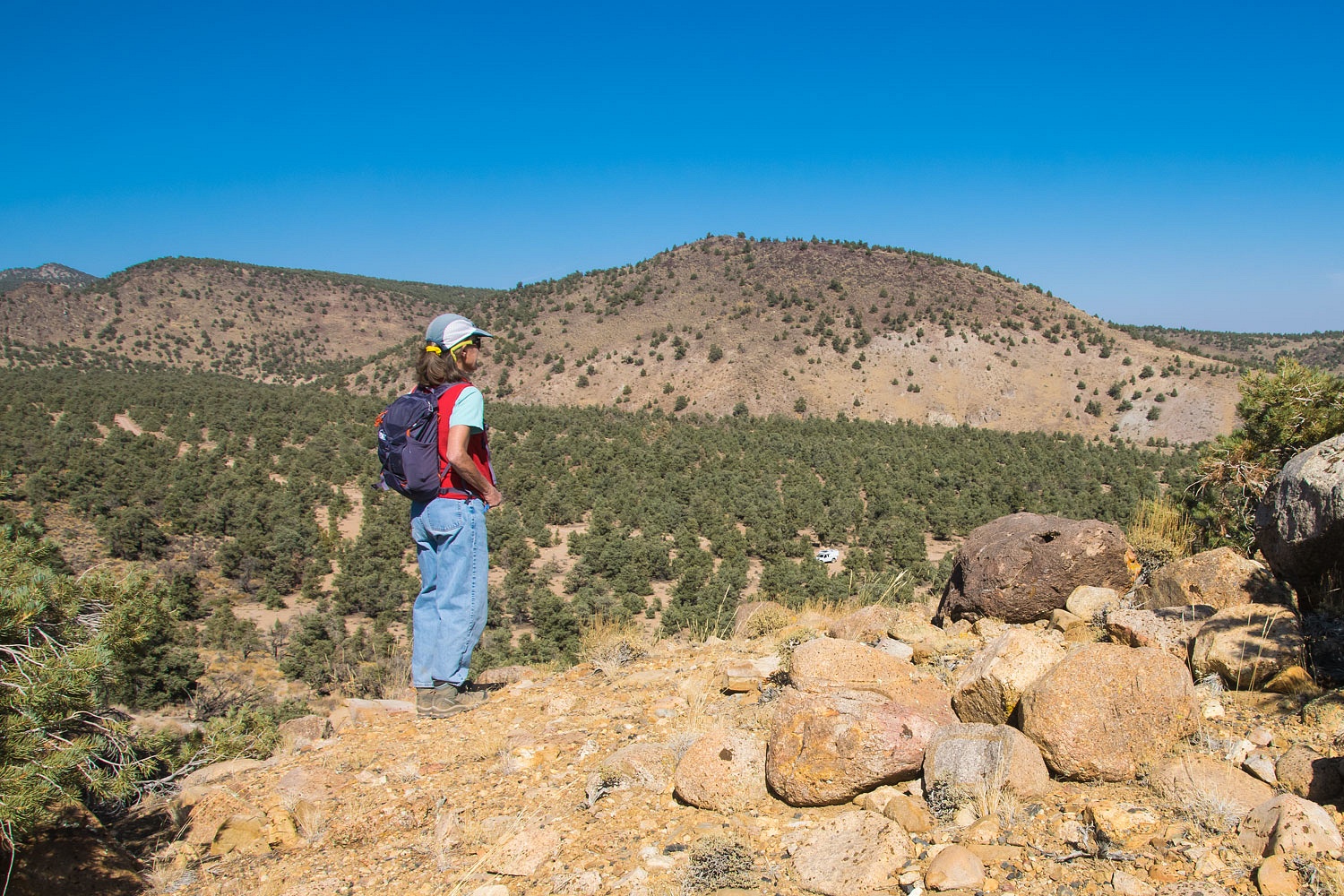 We explored up a small side canyon where the Red Rock Mine ruins are located. 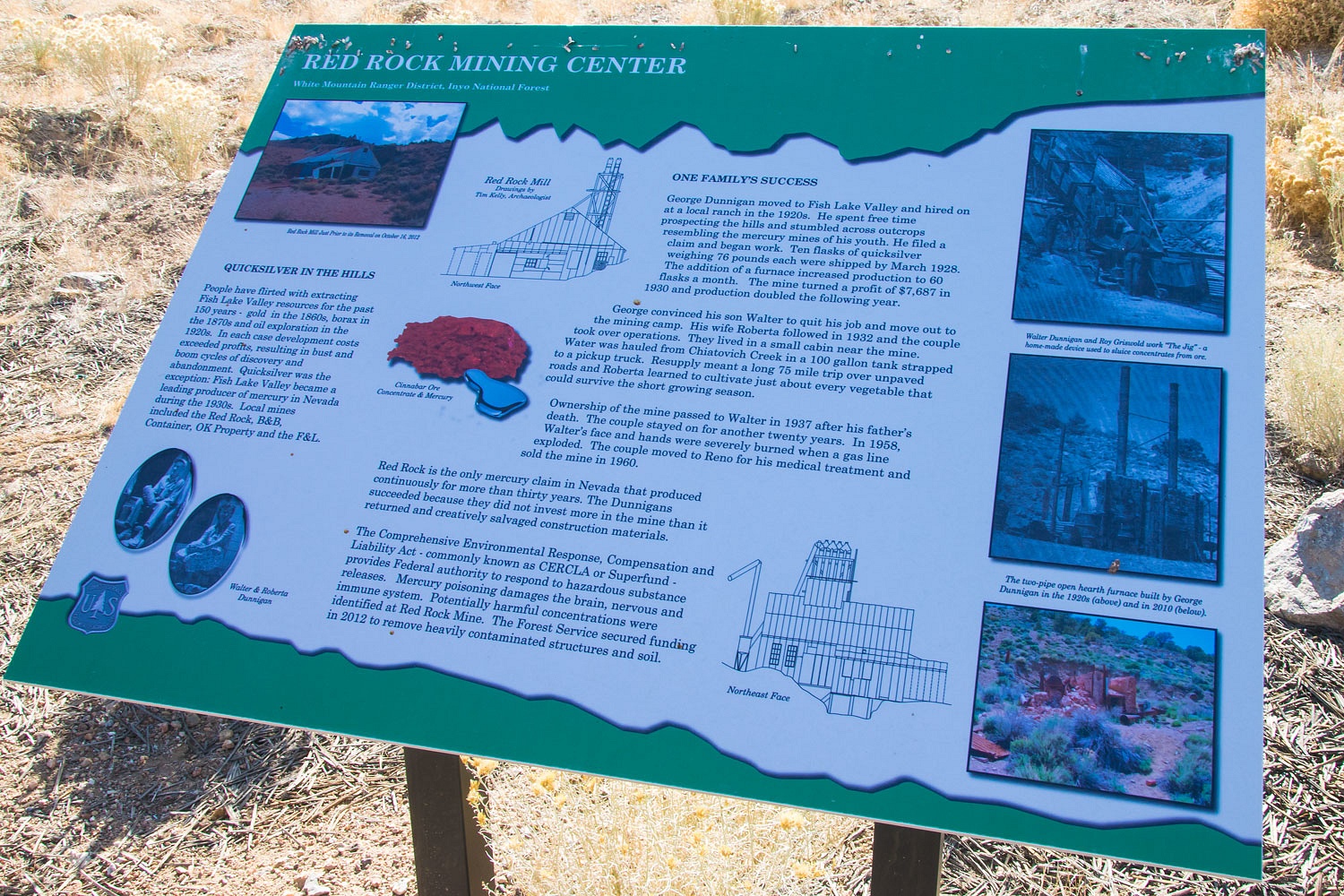 Although the mercury mine produced for over 30 years, the end finally came and the land returned to the Inyo National Forest. In 2012 the Inyo secured public funding and removed highly contaminated structures and soils to make the place safe - the continuing saga of mining history in the American West.

We explored the ruins. 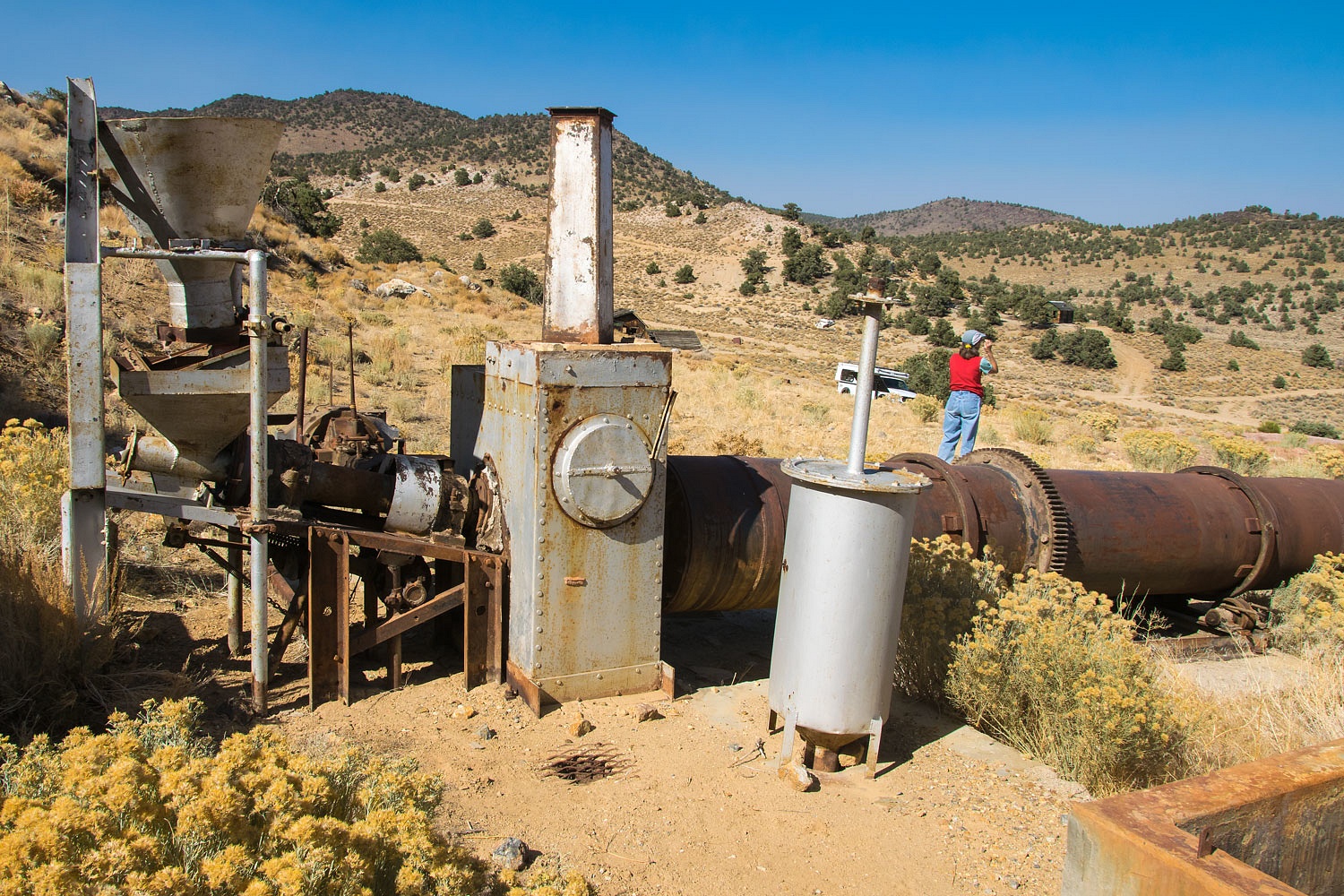 This is the remains of the Gould Rotary Kiln Furnace  for melting and condensing mercury. It was asbestos and brick lined and rotated,  powered by a Model A Ford engine. From the Desert Magazine article I provide a link to below -

"Equipped with a 30-ton Gould rotary kiln furnace, the present plant transforms raw ore into molten quick-silver in 30 minutes or less, and is capable of handling 25 to 32 tons of concentrates in a 24-hour shift. Costing $65,000 to install, a mill of this type is economical to operate and re-covers from 95 to 98 percent of the quicksilver, said Walter. Only one man to a shift is required to oversee its operation; the Model A Ford engine that revolves the brick-and-asbestos-lined rotary kiln burns only a gallon of gasoline per hour; and the heating unit, which maintains a temperature of 1200 to 1600 degrees F. in the roasting drum, burns from seven to nine gallons of diesel oil per ton of ore in the course of 24 hours operation." 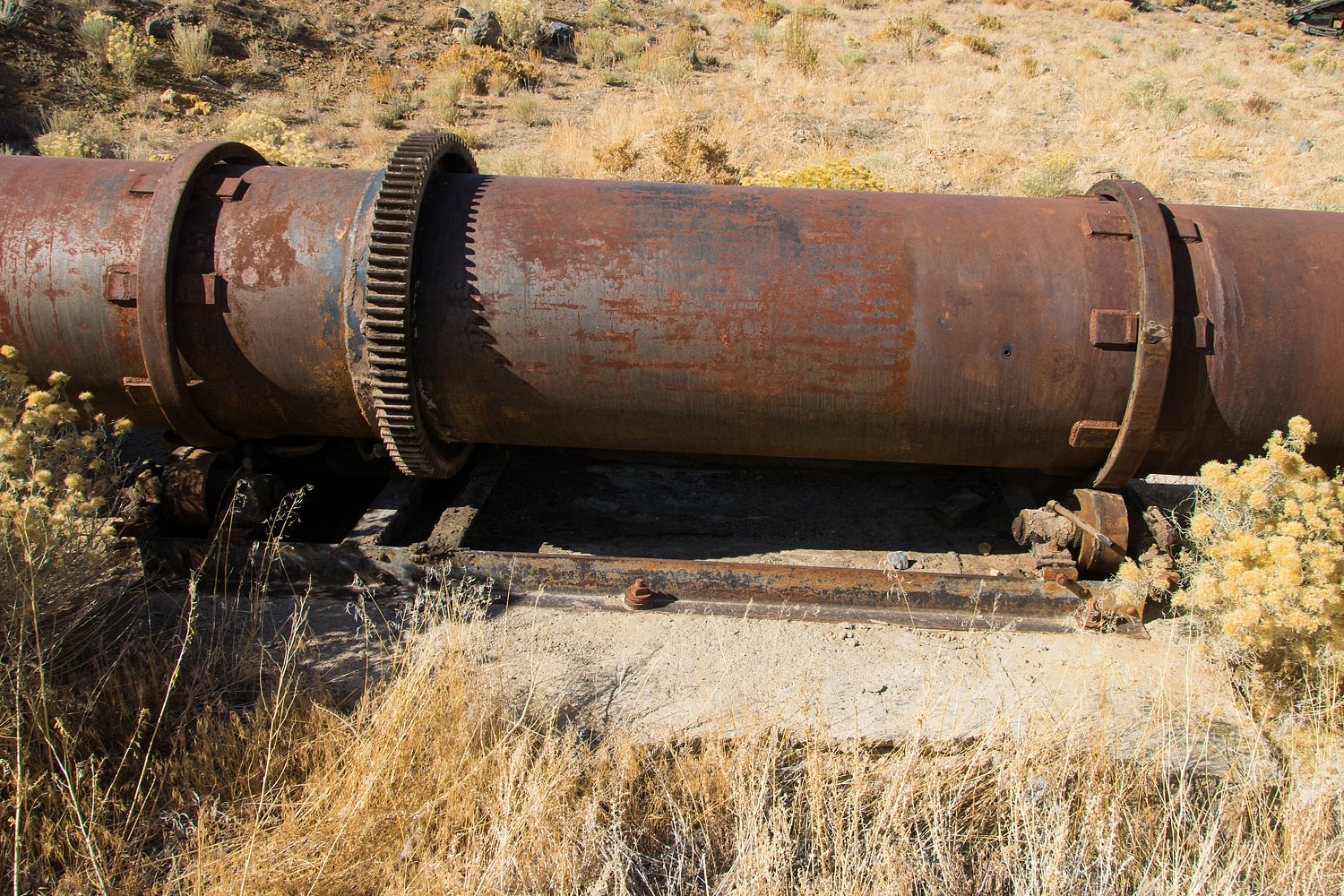 The Dunnigan's house was the center piece. 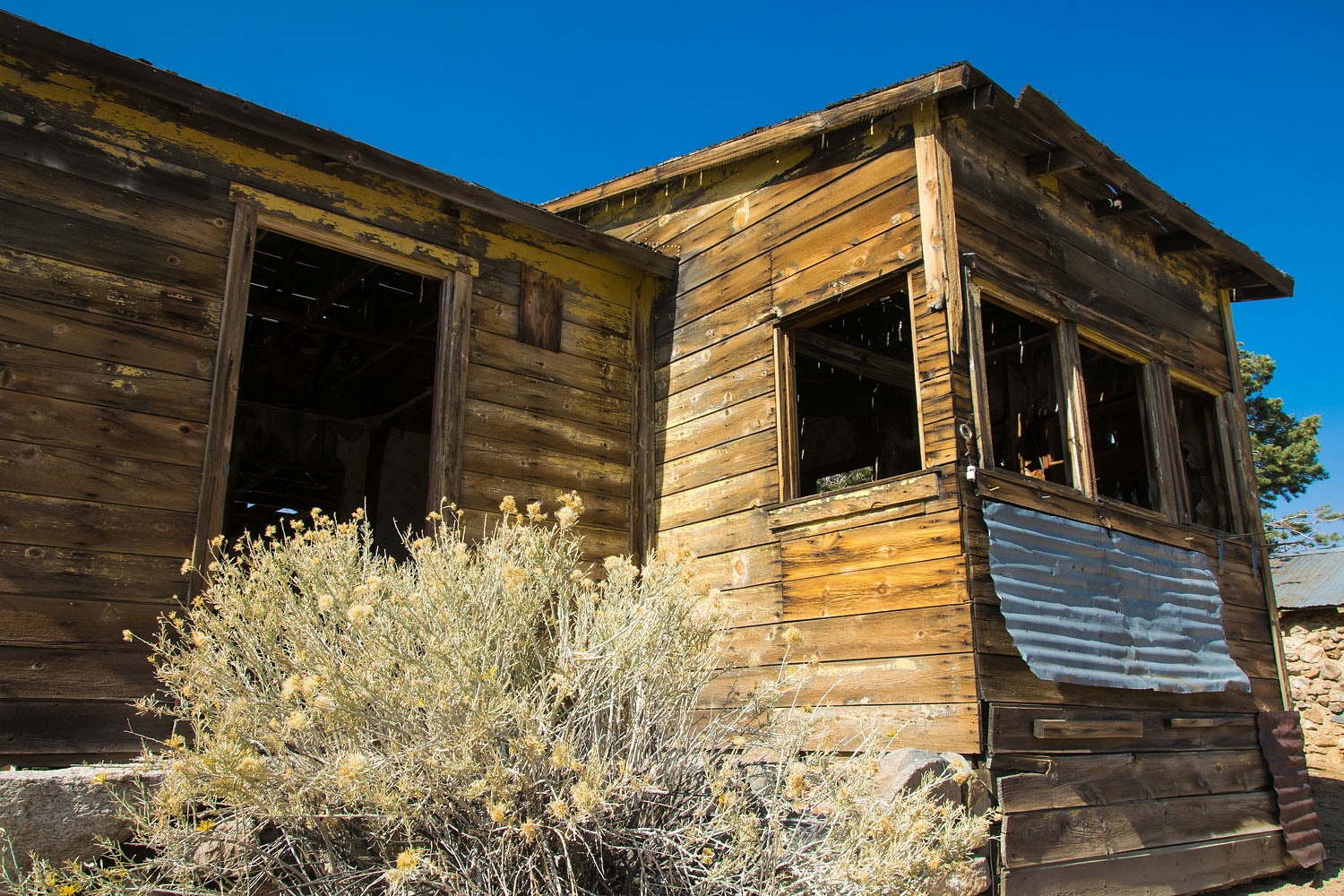 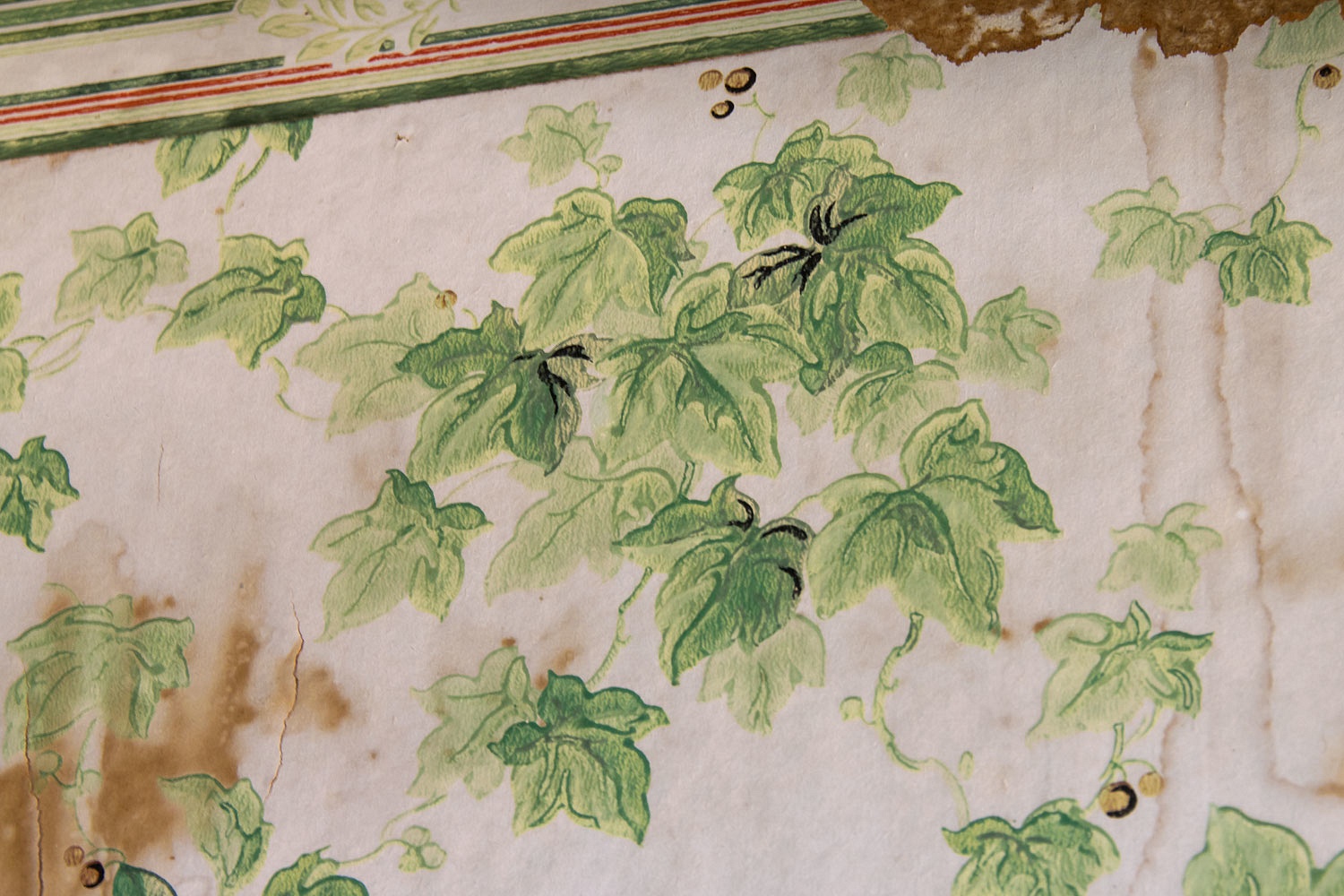 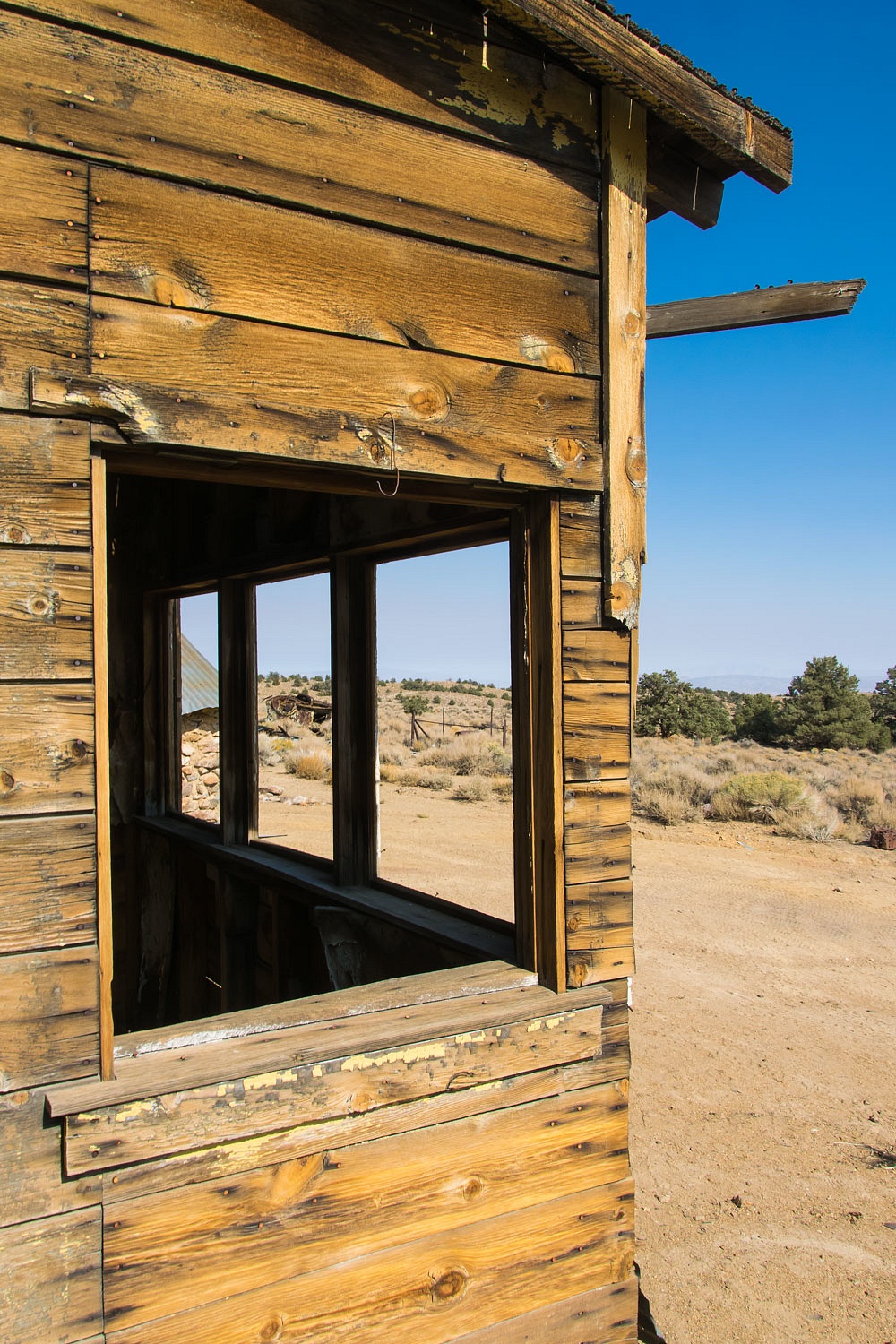 The inside of the house had the usual semi literate graffiti on the walls - juvenile, judgmental, inflaming, and uninformed. We suspected the same people responsible for the graffiti were also responsible for all of this damage from firearms. 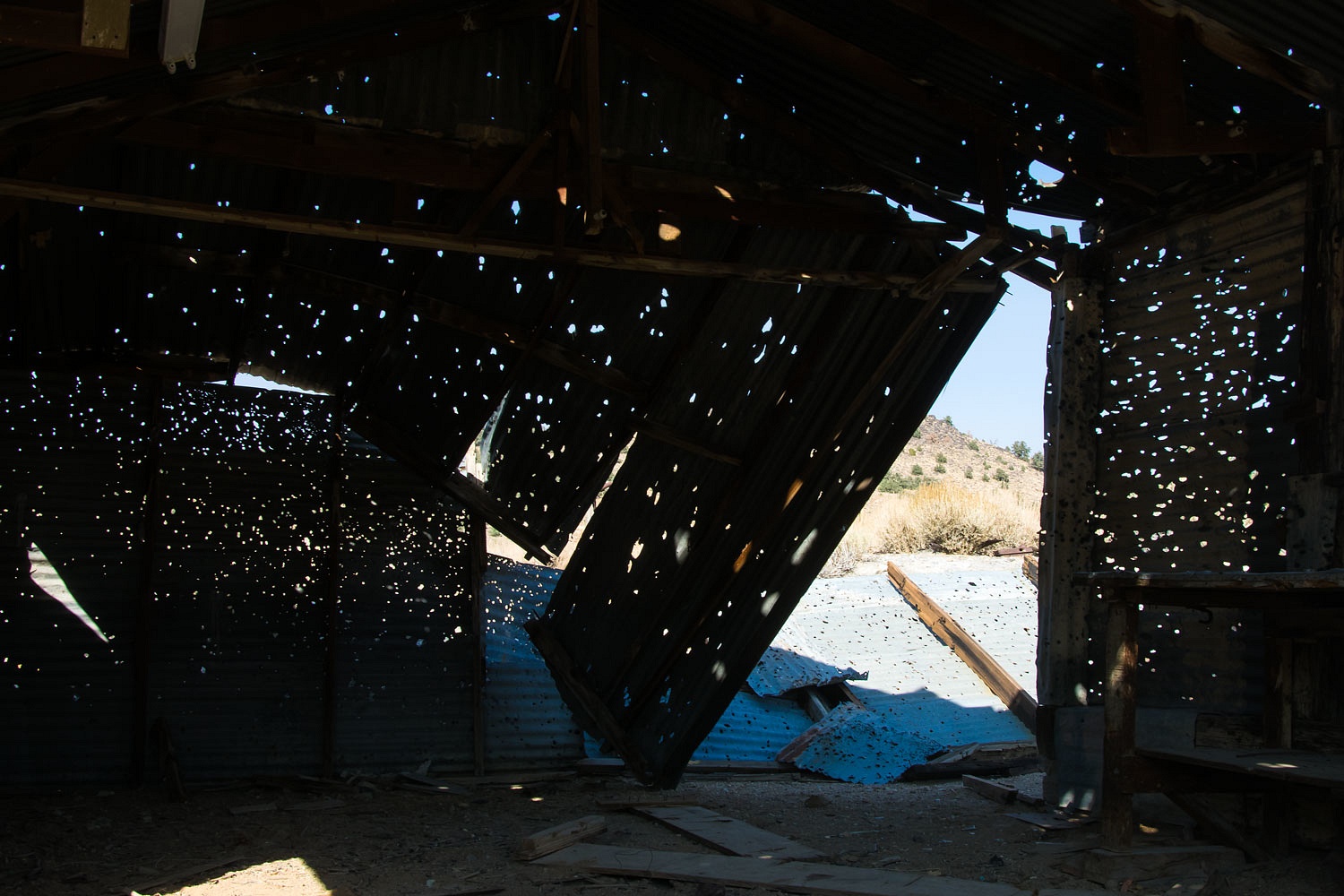 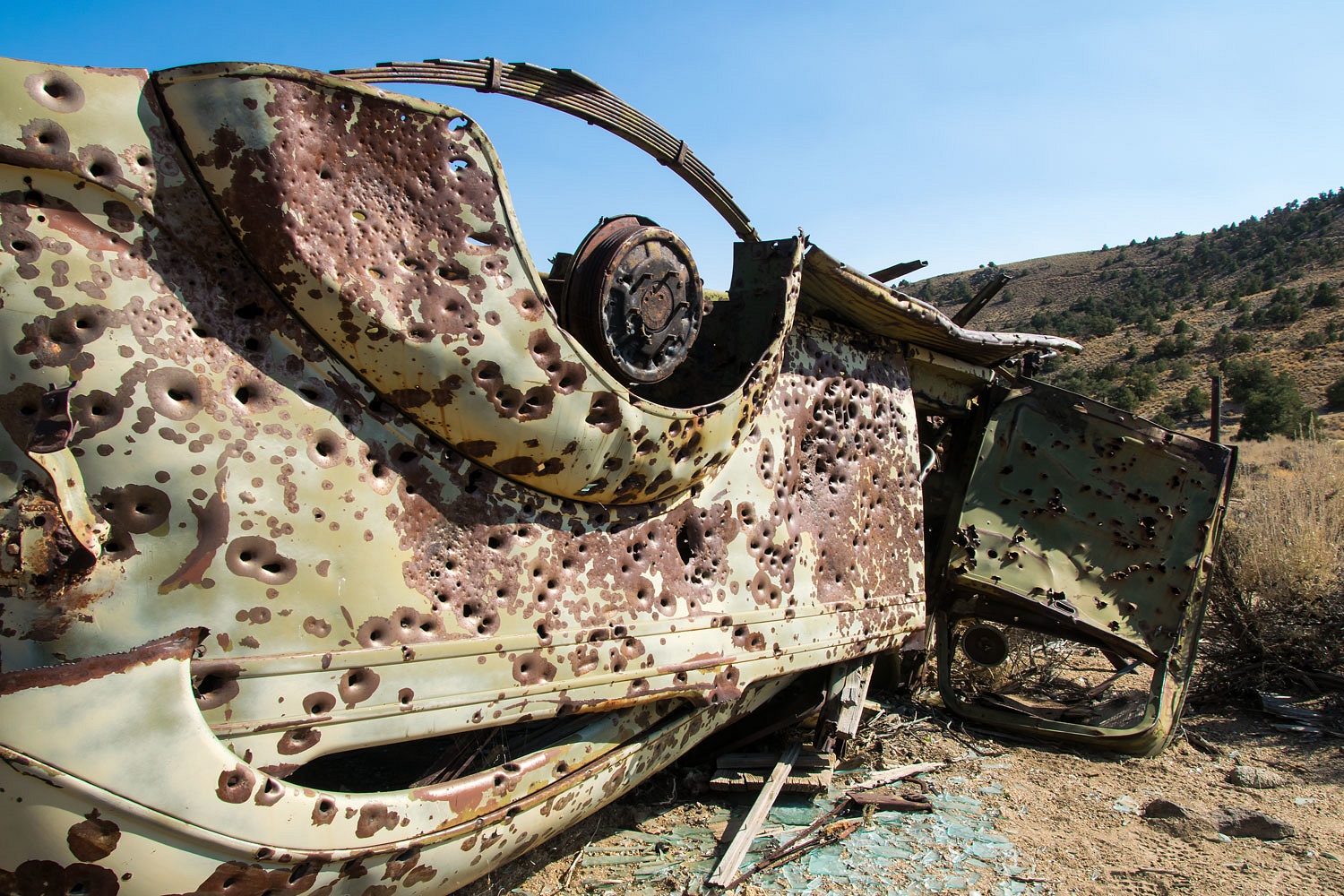 A multipage article on the Red Rock Mine - while still in operation - is found in the February 1956 issue of Desert Magazine. It starts on page 11.

We moved to a different ridge and resumed our archeological search. Smoke surrounded us. 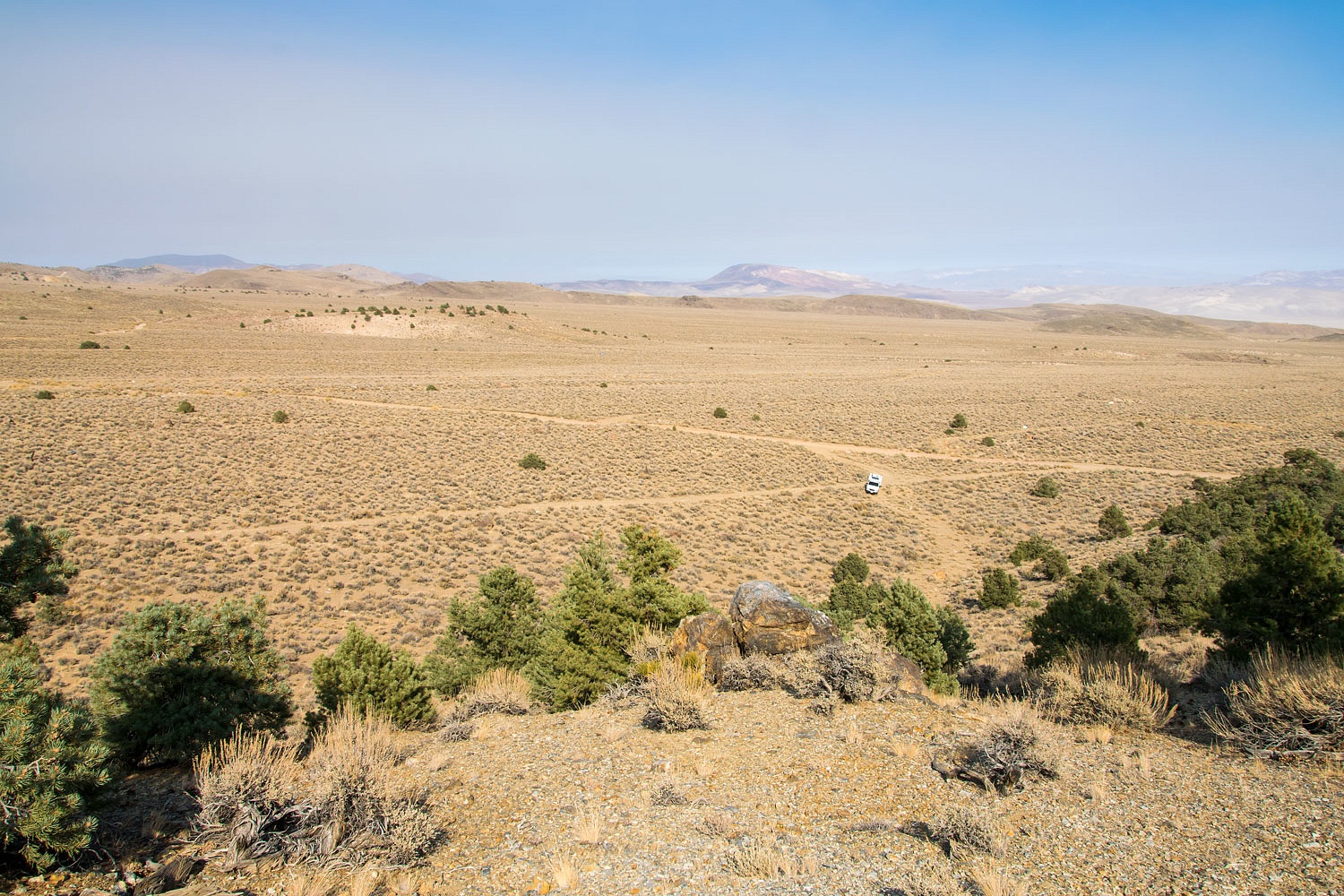 Thoroughly convinced we could confidently eliminate this area from future searching, we drove north, put the truck into 4x4 low, and bumped along to an old favorite campsite. We love this spot for the views, quiet, and solitude.

Overnight it was again completely still allowing the smoke to move north up Fish Lake Valley and settle into every nook and cranny. This was the morning we woke to. 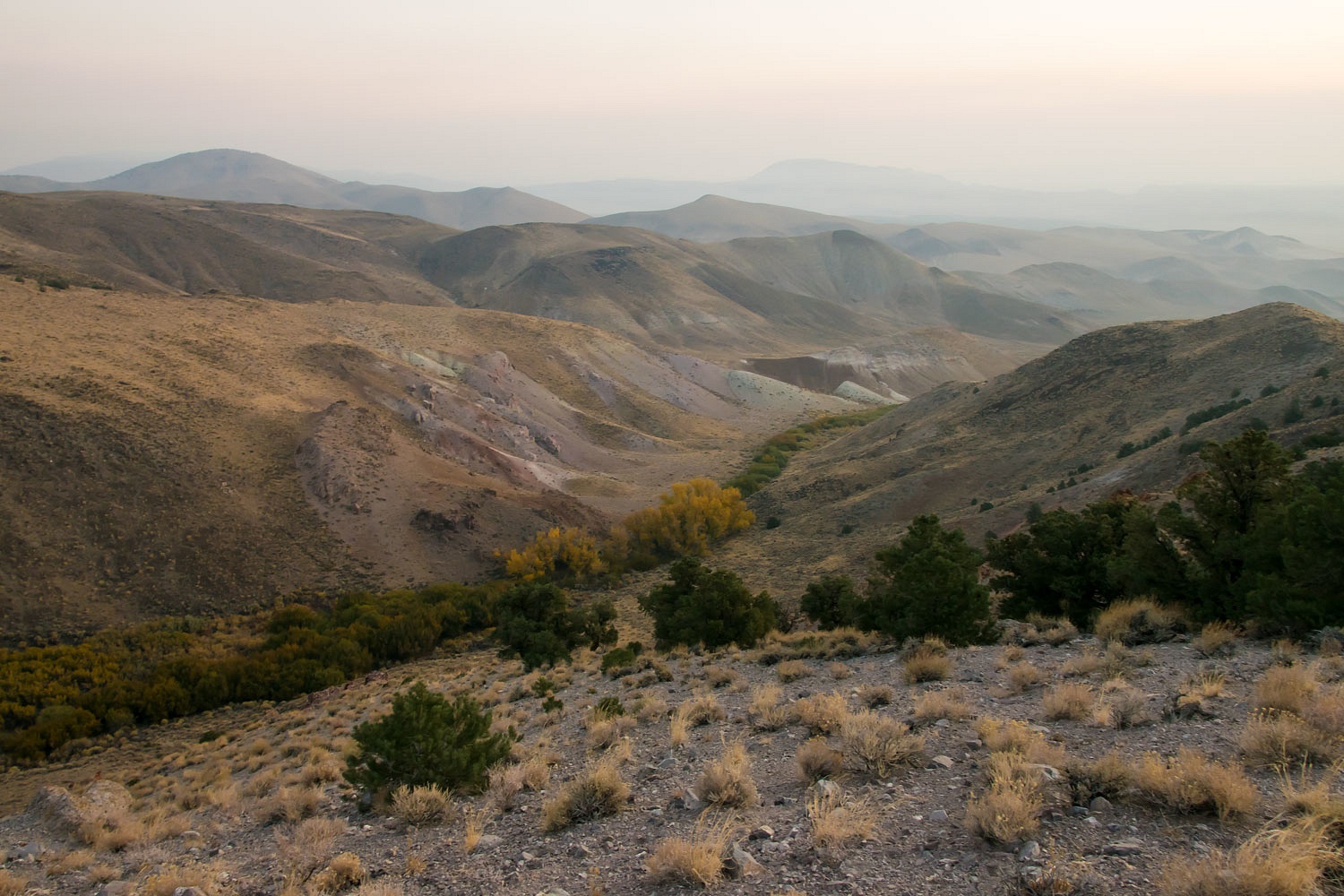 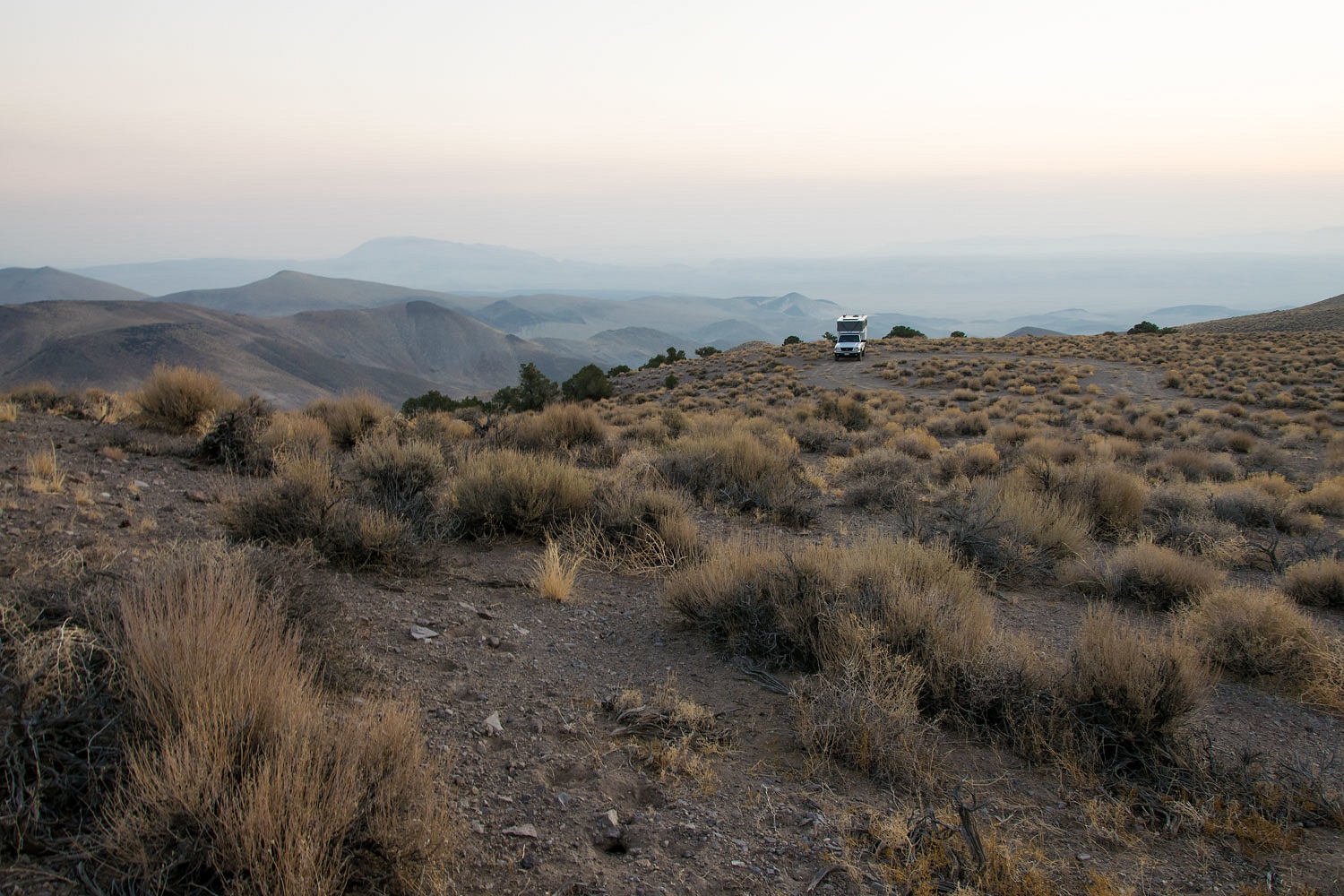 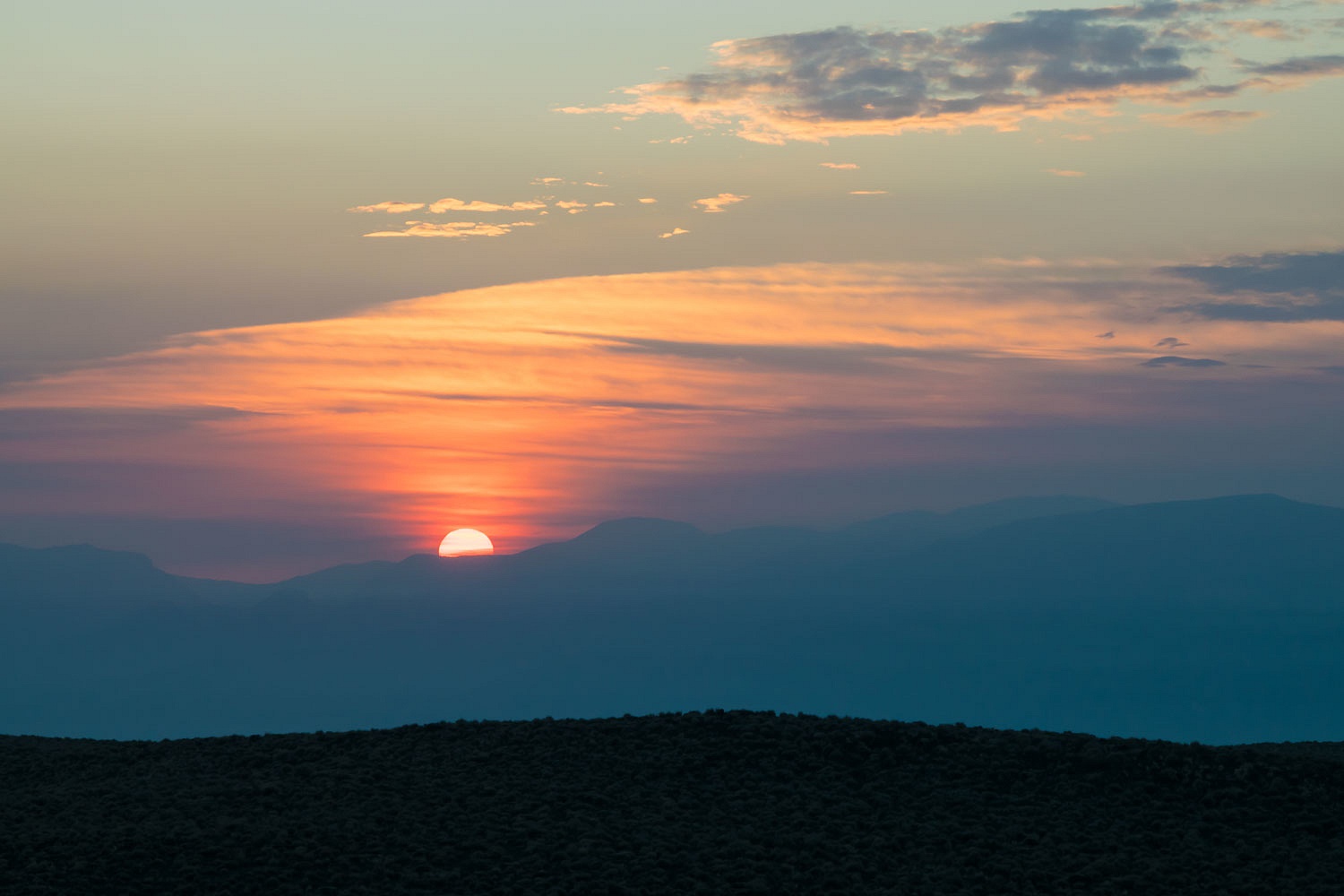 Camp was right at the top of the smoke layer. The diffused sunlight through the smoke gave an eerie cast to the light as we walked with our morning coffee. Coyotes sang. 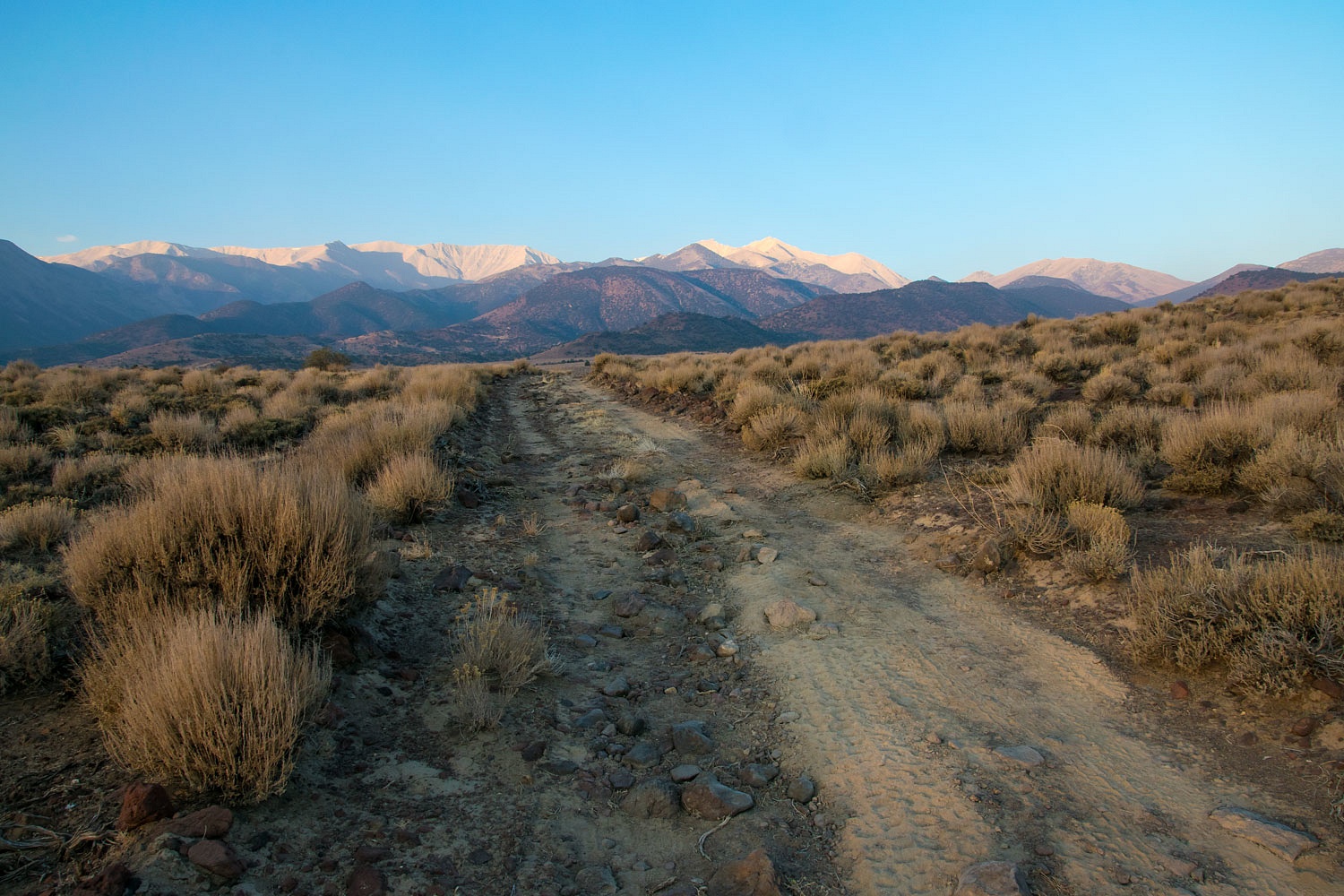 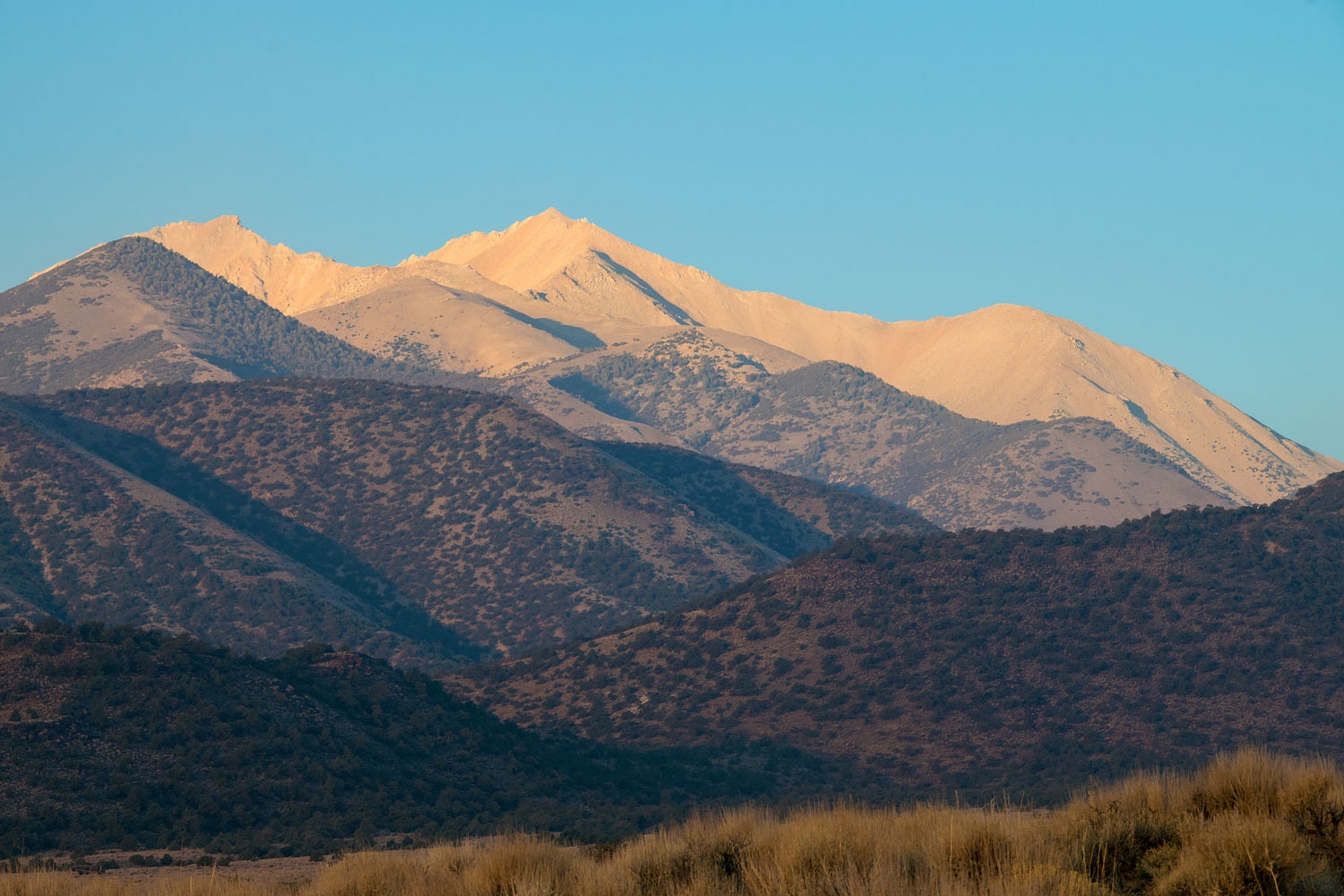 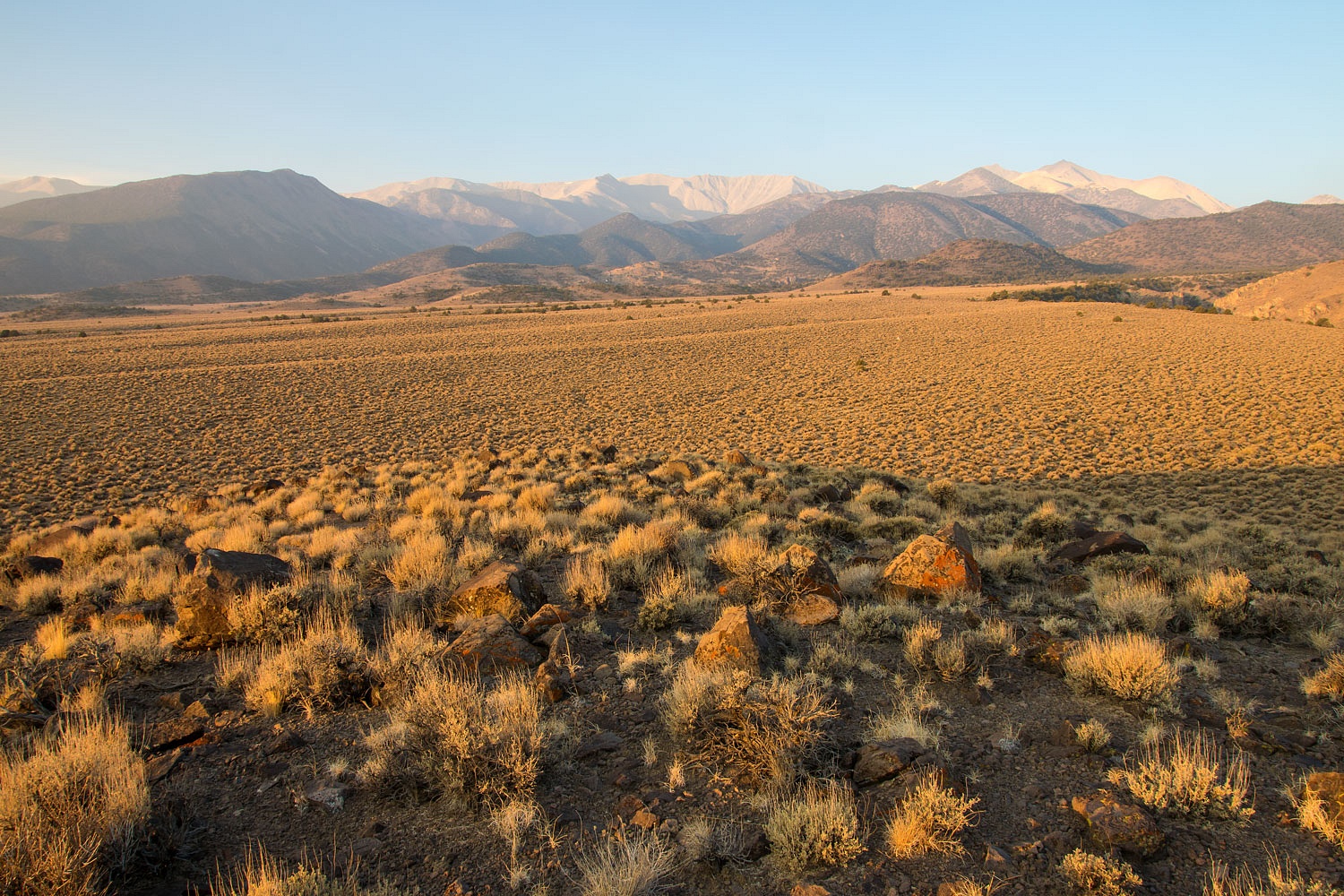 We cut our adventure short. We received a notice that our electricity, yet again, would be shut off at home due to Red Flag fire conditions and winds up to 50 mph. We picked up supplies in Gardnerville and returned home to make sure all was as safe as could be. What a year 2020 has been..........

Electricity has been turned back on here at home along with phone and internet, or you wouldn't be reading this now ;)

Ski3pin
"And in the end, it's not the years in your life that count. It's the life in your years." Abraham Lincoln